1.)When it comes down to it, has there ever been a television series as witty, as thoughtful, as smart and as engaging as 'Boston Legal'?

Years ago, a very close friend with whom I work, would regale me with detailed descriptions of a show starring Bill Shatner. Weekly I would hear about the trials and exploits of Denny Crane and Alan Shore, but I never quite took the time to watch it. But then, on a fateful night staying at a relative's home in Huntington, Long Island with little to do, I happened upon an episode of 'Boston Legal' on TV.

Let me be clear, from that very moment in time, I was in. Game over. David Kelley's (at the time) latest creation had me in its clutches. It was witty, it was brilliant, it was sad, it was poignant and of course starring Shatner and Spader, it was quirky, yet perfect. The show - and its characters - came to mean so much to me that when going through a difficult time two years ago, I picked up the complete set (on DVD because it wasn't available on the iTunes store). Denny and Alan didn't fix my problems, but they gave me a hopeful respite when everything else around me seemed destined to disappoint

2.)Possibly the best series in a decade. Witty, smart, in many ways like British farce and the team of Spader and Shatner pull off some of the best comedic performances ever. So sorry to have discovered it so late, and very happy we get to watch the series as often as we wish. This one is worth watching 3-5 times. I paraticularly liked the final season where they break the fourth wall ("You're an extra, you don't get to speak.") and clearly purposly "jump the shark" upon learning the series was canceled. Candice Bergen is witty and also often plays the critical role of the straight man. Gives me a whole new appreciation of paint ball guns, which are a modern substitute for cream pies.

3.)David Kelly (LA Law, Picket Fences, Ally McBeal) is one of the greatest writers and producers around. A real lawyer who got hired by genius writer-producer Steve Bochco (Hill Street Blues, LA Law, NYPD Blue). Boston Legal is IRREVELENCE to the maximum! An 0ff-shoot of the more serious The Practice (which I never got into, too serious) James Spader (Stargate the movie and more recently NBCs BLACKLIST) teams up with William Shatner (I am NOT Captain Kirk, I am Denny Crane and you're not!). Candace Bergen (I am NOT Murphy Brown, I am Ms. Schmidt and don't call me Shirley), John (I wish I was a Loofa) Laroquette and incidental characters like,Betty (Serial Killer) White, Roma Mafia, Henry Gibson, my friend Frank (I know you think I'm a hack actor) Birney. Dialog like: (Opposing lawyer): You did go to law school didn't you? Spader replying): Actually I got my degree on the Internet. Shatner (To Shirley's 17 year old grand-daughter): You're as hot as grand ma (Shirley) are you as dirty? 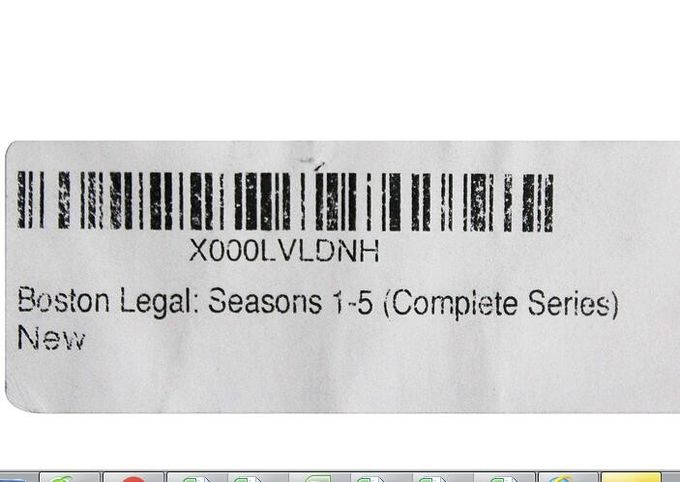