Intent on destroying America as we know it by changing history, a mysterious criminal, Flynn (Goran Višnjić), steals a secret state-of-the-art time machine. The only hope of stopping him lies with an unexpected team: Lucy (Abigail Spencer), a history professor; Wyatt (Matt Lanter), a soldier; and Rufus (Malcolm Barret), a scientist, who must use the machine’s prototype to travel back in time to ensure critical events remain un-changed. As they try to stay one step ahead of the dangerous fugitive, they must also work to uncover the mystery behind it all to end Flynn’s destruction before it’s too late.

1.)This little gem of a show deserves second season if ever there was a show that did. It tells the story of a person on a mission to eliminate the shadow organization that killed his family. He steals a Time machine and goes back and forth in Time trying to make this happen. However, when he does, small changes take place. The good guys use the backup to chase him all through history as they try to stop him. The first season ending was perfectly set up to lead into the 2nd season, but it looks like NBC does not have the guts to do so. (A little of my opinion showing?) None the less, this offering offers you a chance to see how it turns out. My pet gripe is that the show was filmed in HD and the release is only on DVD ! Why did SONY have to take an extra step before releasing this show?

2.)Great show that NBC canceled then uncanceled a few days later. Great chemistry between the leads. Love the history sci-fi blend and twists on historical characters. The Butterfly Effects is not a concern of the team which makes their "return" from missions interesting. I really like the show because of the characters, it's exciting and entertaining and truly is a show that binge worthy. I only wish it were available on Blu Ray 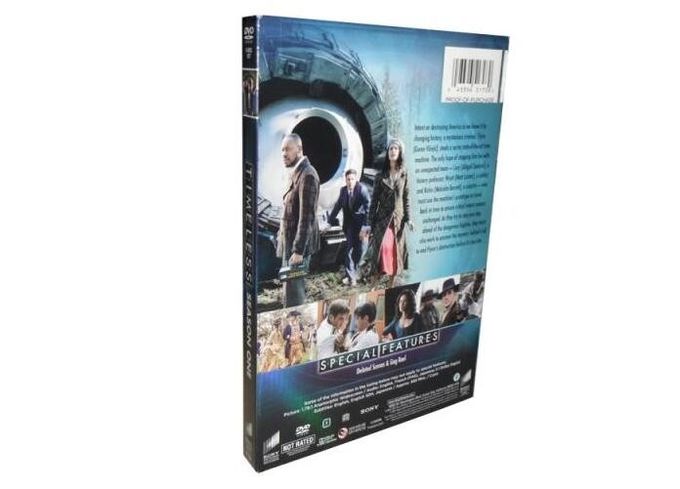