"The Good Dinosaur" asks the question: What if the asteroid that forever changed life on Earth missed the planet completely and giant dinosaurs never became extinct? Pixar Animation Studios takes you on an epic journey into the world of dinosaurs where an Apatosaurus named Arlo makes an unlikely human friend. While traveling through a harsh and mysterious landscape, Arlo learns the power of confronting his fears and discovers what he is truly capable of.Rated PG for peril, action and thematic elements.

Released by Disney and Pixar. S

From the innovative minds of Disney-Pixar comes a hilariously heartwarming adventure about the power of confronting and overcoming your fears and discovering who you are meant to be. THE GOOD DINOSAUR asks the question: what if the asteroid that forever changed life on Earth missed the planet completely, and giant dinosaurs never became extinct? In this epic journey into the world of dinosaurs, an apatosaurus named Arlo makes an unlikely human friend. While traveling through a harsh and mysterious landscape, Arlo learns the power of confronting his fears and discovers what he is truly capable of. Bring home this original story full of humor, heart, action and imagination, perfect for the whole family!

1.)I had to give a review because of the people giving this movie bad reviews or saying that it has problems. I will say right off the bat that this movie is not "amazing", it's not some ground breaking new animated film like Frozen. However, this movie has all the classic things you look for in a good animated movie like The Lion King.

I don't want to give much of the story away, but for the most parts it's the same cliche, the little dinosaur on his way back to his family after a tragic event makes it through a series of trials on his journey home. So, yes it's been done, over and over and over and it's still great. This movie takes that and creates a deep, emotional bond between you and the characters in the movie.

My 5 year old absolutely loved it along with the adults. I'm a grown ass man and cried 4 times during the movie. I didn't cry during The Lion King and it was a GREAT movie. That is worth something! So, this movie doesn't break the barrier on story-telling, but the delivery is intense and creates an immediate emotional attachment to the characters. If you're grown and don't cry you need an MRI to see if your heart is still present.

2.)This was one weird movie! If you have ever wondered what life on earth would be like had the dinosaurs NOT been wiped out by an asteroid, this movie may be your answer!

The barking human named Spot. Wha??? The terror of the father getting swept away while trying to kill Spot. Ahhhhhh! Being judged by your family for what you have or have not accomplished. Nooooo!!! Spot the human eating a giant beetle. EEeeeww!!

The berry-induced hallucination scene was so disconnected that it made me wonder what those guys at Pixar had been smoking. Awesome!!

But, I still kind of liked it, although I tried not to. And, I may or may not have cried... 4 times.
To be honest, I only cried three times in the movie, and then once more when the kids wanted to see it again!

The kids liked it, and that is worth 5 stars!!

3.) I purchased the good dinosaur to watch with my 2 & 4 year old daughters 4 nights ago. Since purchasing it, they have watched it everyday since. I personally have seen it 3 times, and have watched it from start to end almost all 3 times. Needless to say we really like the movie.

What's to like.... The graphics are amazing. Some of the scenes showing the river look real. It's a great storyline for kids. It teaches perseverance, how to overcome your fears, and the value of friendship. The characters are relatable and likable. You root for Arlo the whole way through the movie, grow to love spot and how he befriends and protects Arlo, and enjoy the other great friends Arlo meets along the way especially the T-Rex Cowboys!

What's not to like....I can only think of twice in the movie where I didn't feel the content was appropriate for my young ones and those were the two times animals were eaten. The part where Spot bites off the head of the Beatle was a little graphic for young audiences. Also the part where the vulture eats the critter following the storm. My girls didn't seemed to be phased by either scene but I was a little surprised by them.

Overall this is a movie that the whole family will enjoy. You won't be disappointed. 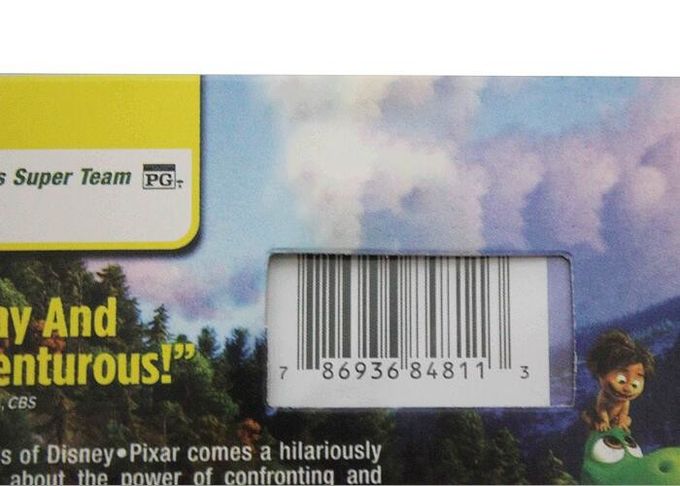 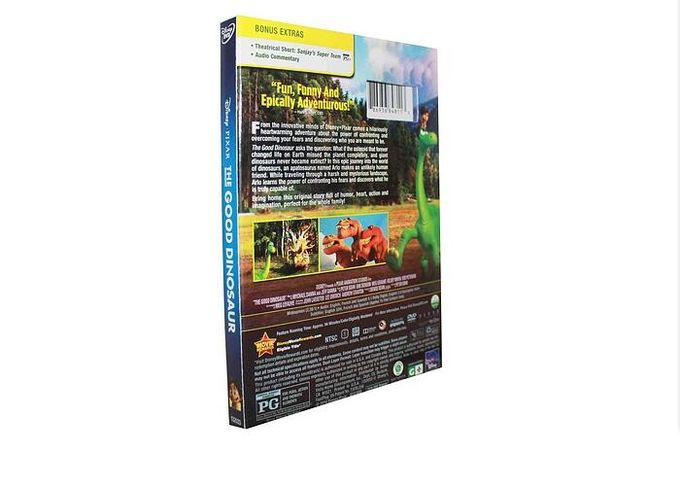